The Cultured Meat Market was valued at USD 206million in 2021 and is projected to reach USD 527 million by 2027. The market is anticipated to expand at a healthy CAGR of 15% over the forecast period. The increased inclination of consumers for a protein-rich diet is expected to boost the market. Furthermore, throughout the projected period, the rising dependence on omega-3 fatty acids to meet the need for critical nutrients is likely to contribute to market growth.

The worldwide lab-grown meat business is still in its early stages, and it is mostly driven by its environmental benefits. The economic feasibility of cultured meat on a large scale is intended to lower the significant environmental costs of meat production. The resource-intensive nature of traditional meat production will be addressed as well, as clean meat will just require the nourishment of cultured cells rather than a complete organism. The sensory characteristics of lab-grown meat, on the other hand, are functioning as a temporary roadblock for the market, which producers are working to overcome. The cost competitiveness of lab-grown meat, which is likely to be achieved shortly, will operate as a growth opportunity for the lab-grown meat industry.

Veganism, which is gaining popularity throughout the world, is here to stay. Consumers are looking for sustainable alternatives to animal-based foods because of environmental concerns, and food processors are following suit, with lab-grown meat being one of them. It's sometimes referred to as clean meat or cultured meat. Several start-ups have joined the lab-grown meat industry, with backing from well-known organisations. Cargill, for example, has invested in Mosa Meat, a Dutch food technology business that is developing cultured meat manufacturing technologies.

The lack of a clear legal framework for such innovative foods is projected to be a key impediment to the establishment of the lab-grown meat business. At regulatory levels, label claims on whether such foods may be classified as "meat" are beginning to be evaluated. Furthermore, consumer-based studies undertaken in many regions of the world have shown a lack of trust in lab-grown meat, which will be addressed by increased communication and awareness.The early demand for cultured meats has come from severalfoodservice channels, with businesses generating beef, chicken, duck, and hog cells for use in ready-to-eat food items including burgers and nuggets.

The global food business is undergoing massive transformations, owing to changes in many subsectors as well as consumer demand. Because of their shifting dietary choices among food items and components, consumers drive innovation in the food sector. This change has a significant influence on the livestock meat and meat products industries in the food sector.

In various major food markets in the North American and European areas, a vegetarian revolution has begun, with fresh and disruptive ideas disrupting the established meat industry. Alternative protein sources on the market have rocked the meat sector, ranging from plant-based to insect protein to cultured meat. A movement in consumer patterns toward the use of meat substitutes has been seen as a result of greater media attention and a rising emphasis of industry players on researching sustainable and ecologically friendly alternatives to traditional meat. The COVID-19 pandemic has driven this movement in customer preferences toward meat substitutes.

COVID-19 is projected to have a favourable influence not just on the plant-based meat sector, but also on allied industries such as plant-based dairy, plant-based protein, and cultured meat. Natural and plant-based food items and components may become more popular as the movement for GMO-free and clean eating continues to increase. The COVID-19 epidemic has already forced relevant government authorities to rigorously monitor food safety and promote healthy eating, which will have an impact on sustainable and plant-based food processing. Disinfection and hygiene methods in production plants and at various stages of the food supply chain may also be given more attention.Even though plant-based meat products are more expensive than traditional meat, industry participants such as Impossible Foods have announced a 15% price reduction for U.S. distributors. The emergence of COVID-19 is expected to increase demand for plant-based and natural goods while decreasing the demand for conventional meat in the food industry.

Consumer inclination for consuming alternatives to animal products drives the worldwide cultured meat business. Concerns regarding animal maltreatment in the meat industry have had a substantial influence on public perceptions of meat consumption. Because of the increase in meat demand, consumer awareness of environmental sustainability will become a crucial component in the expansion of the global cultured meat business.

Another driving element likely to influence the market expansion shortly is the trend of investment in numerous sectors as a result of the development of technological culture. Tissue engineering improvements, as well as a major increase in R&D spending, are fueling market expansion.The initial lab-grown hamburgers were prohibitively expensive, but researchers soon devised a low-cost fake beef that tasted fine. In the future years, they are projected to produce market growth.

Over the forecast period, increased meat consumption and demand for nutritious meat are projected to drive market expansion. In comparison to other sources, synthetic poultry is a significant driver of market growth and has the most convenient in vitro manufacturing technique. This is due to the reduced cell structure, which makes a reproduction in non-natural media simpler.The texture of cultured beef might be difficult to sell because of its natural texture. Consumer acceptability of aquaculture meat is heavily influenced by this issue.The expanding trend in protein intake is projected to present several meat processors and food companies with chances to invest in alternative animal proteins, such as farmed meat, to suit customer demands.

The cultured meat is not widely available

The worldwide cultured meat business is still small, with most products sold in specialist stores and restaurants. One of the primary difficulties for manufacturers shortly will be to focus on the worldwide market expansion. The most significant hurdle to limiting the scale of the cultured meat sector is high investment expenditures.

Strict regulation and approval policy is restricting the market growth

This research report on the Cultured meat Market has been segmented and sub-segmented based on By Source, By End - Use and By Region.

Based on the source, the cultured meat market is segmented into Poultry, Beef, Seafood, Pork and Duck.In 2021, the poultry industry accounted for more than 35.0 per cent of total sales. This is due to the inexpensive cost of chicken products as well as their convenience of availability. The human immune system is boosted by poultry products. Consumers' growing health concerns, as well as the low cost of poultry-based goods, are supporting the segment's expansion.

Due to rising demand, the pork category is expected to expand the most throughout the projection period. This is due to the great nutritious content and exquisite flavour. The L-carnitine content in cultured beef is high. Consumer worries about food safety are fueling the segment's rise. Beef flesh is toxic-free and satisfies the need for a nutrient-dense diet.

Based on the end-use, the cultured meat market is segmented intoNuggets, Burgers, Meatballs, Sausages and Hot DogsIn 2021, burgers had the highest revenue share, accounting for more than 40.0 per cent. This is due to increasing consumer demand for clean meats in dishes like burgers. The increased popularity of hamburgers in the United States is expected to fuel category expansion. The growing popularity of high-protein burgers in the United States and Canada is driving up the industry demand. Because of their lower environmental effect and ethical concerns, cultured meat burgers are the most popular alternatives to regular beef burgers.

Meatballs are expected to rise the most throughout the predicted period. Growing private sector investment in tissue-based meatball development, as well as increased demand for meatballs in retail stores and fast-food outlets, are projected to drive category expansion in the future years. The increased popularity of processed meat, significant purchases of packaged meatball meals, and a growing taste for slaughter-free treated meat foods are all likely to promote the global adoption of cultured meat.

By region, the cultured meat market is grouped into North America, Europe, Asia Pacific, Latin America, The Middle East and Africa.Due to the rising demand for in-vitro meat in the United States and Canada, North America held the greatest revenue share of about 35.0 per cent in 2021. Consumption of meat and meat products is steadily increasing, which, along with the nutritional benefits, is set to drive regional market growth. At the moment, significant firms located in the United States are concentrating on forming strategic alliances to attract a broad consumer base. As a result, the market is predicted to increase significantly over the forecast period.

Over the forecast period of 2022 to 2027, Asia Pacific is predicted to have the highest CAGR of 12.1 per cent. The market is primarily driven due to the rising demand for chicken products in developing countries like China and India. The market is also being propelled by Japan's rising health concerns about maintaining a long-term healthy diet. The Singapore Food Agency approved the sale of lab-grown meat products to meat customers in December 2020. Eat Just, a corporation established in the United States, is supplying cultured chicken to Singapore's meat customers. The regional market will be driven by the increased usage of in-vitro meat to combat zoonotic infections.

The adoption of new technologies, such as three-dimensional printing technology for personalised slaughter-free meat manufacturing, is the primary focus of enterprises. Implementing sustainability, on the other hand, has its own set of difficulties and constraints. The primary companies are concentrating on keeping the fat content and unsaturated fatty acid ratios as low as possible. The costs of cultured beef products are being reduced by a number of firms.Some of the major players operating in the cultured meat market include:

INVESTMENT- Mosa Meat concluded a USD 85 million Series B funding round in February 2021. Nutreco, a global leader in animal nutrition and aquafeed, and Jitse Groen, CEO of Just Eat Takeaway.com, were among the new and current investors in the most recent closing round. The investment brings together a group of seasoned international investors who are expected to help Mosa Meat scale up itsbeef production safely and sustainably.

COLLABORATION- In September 2021, Nomad Foods, a UK-based frozen fish firm, teamed up with BlueNalu, a US-based seafood cell-cultured company, on a project that is intended to pave the way for the launch of cell-based goods in Europe. 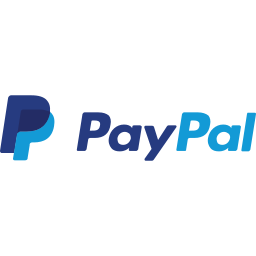